TICKETS WILL BE RELEASED OCTOBER 26, 10 am 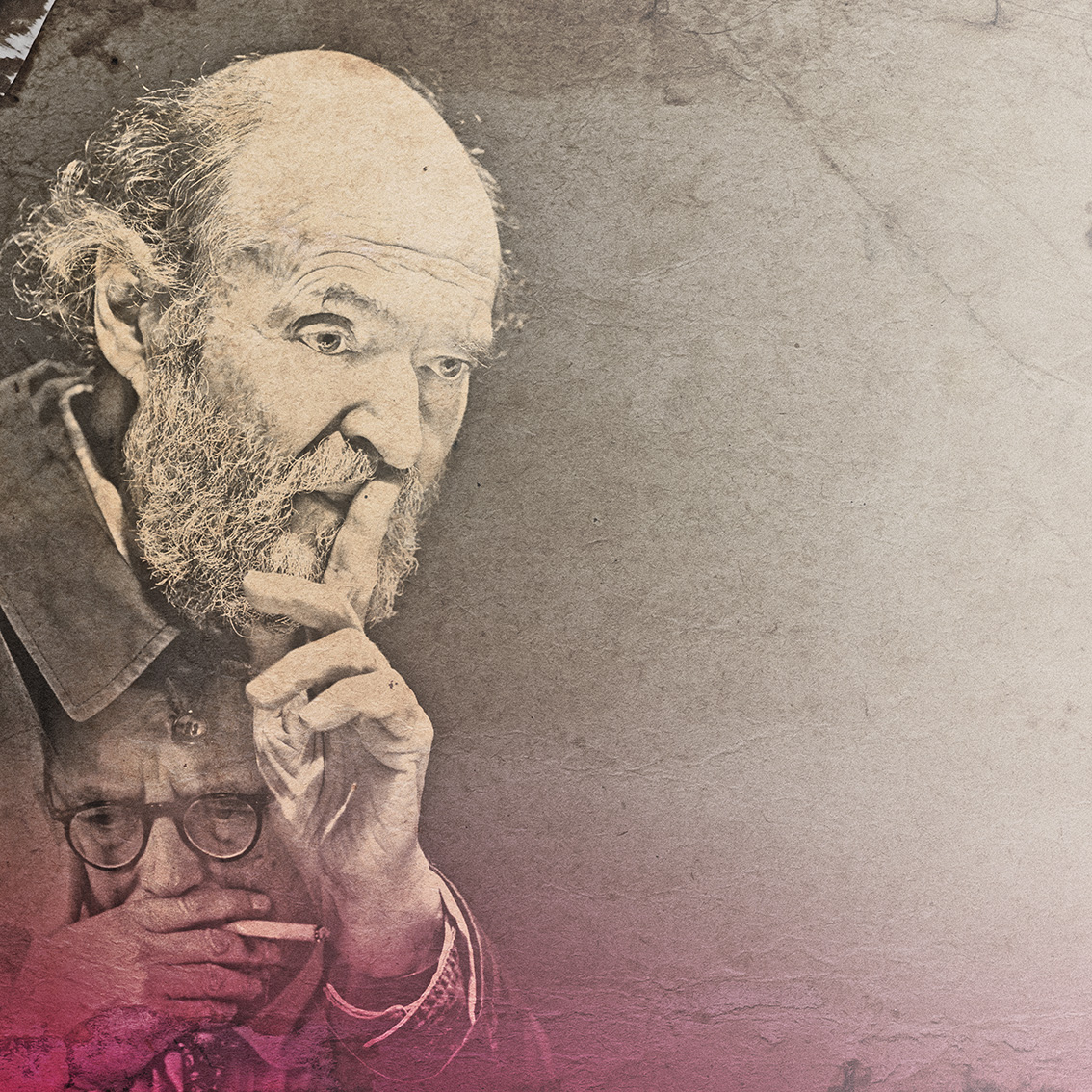 Is music a pure form of art, a blank slate on which we the listeners project our own feelings and desires? Or is it a medium for political messages, a subtle vehicle for dangerous ideas? Throughout the ages, rulers have opted for the latter, and responded with ruthless censorship, as experienced by all three composers featured in this opening concert. From Mozart to Arvo Pärt, the programme is a pitch-perfect mix of music, politics and power. 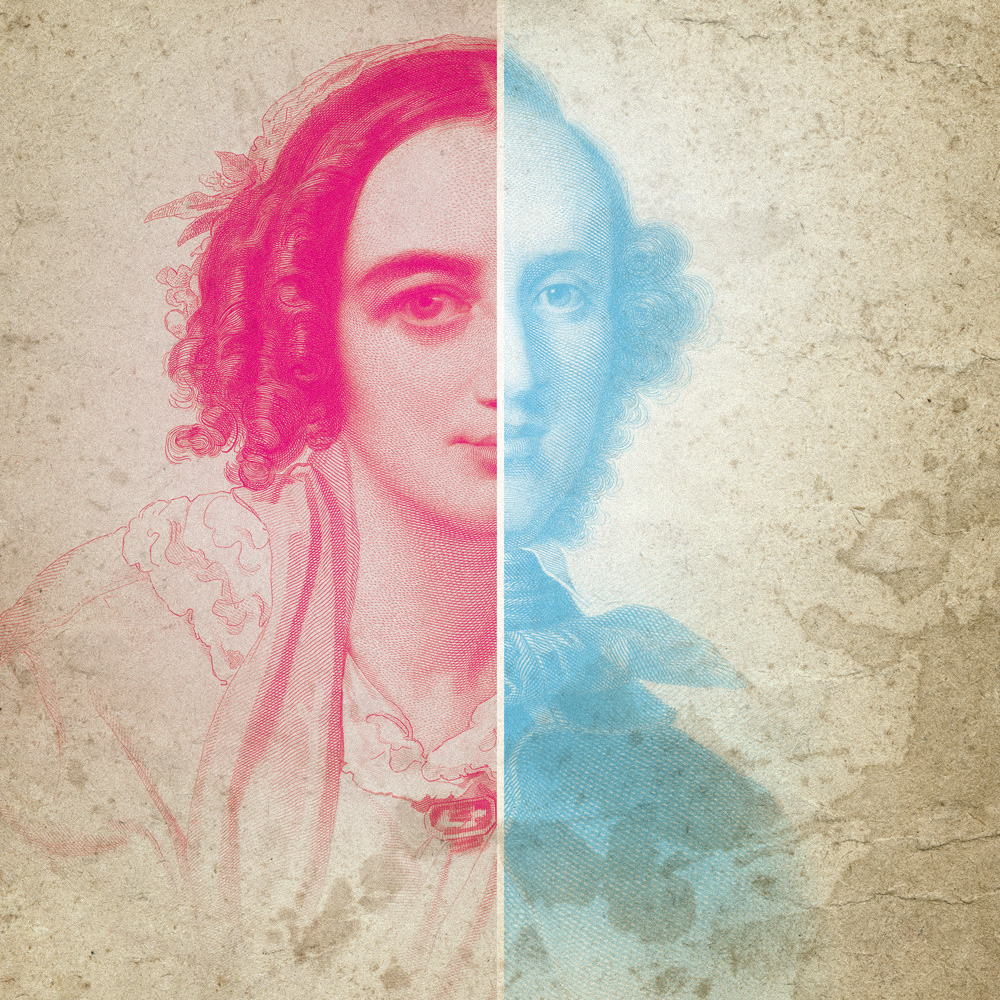 Through most of history, women in music were marginalised in very much the same way as in any other domain of public life. Using the Mendelsohn siblings as an example, being born with musical talents meant two very different things for someone named Felix than someone named Fanny. This concert celebrates the musical genius of three women who all had to fight for the right to make music – if not under their own name, then under that of someone else. 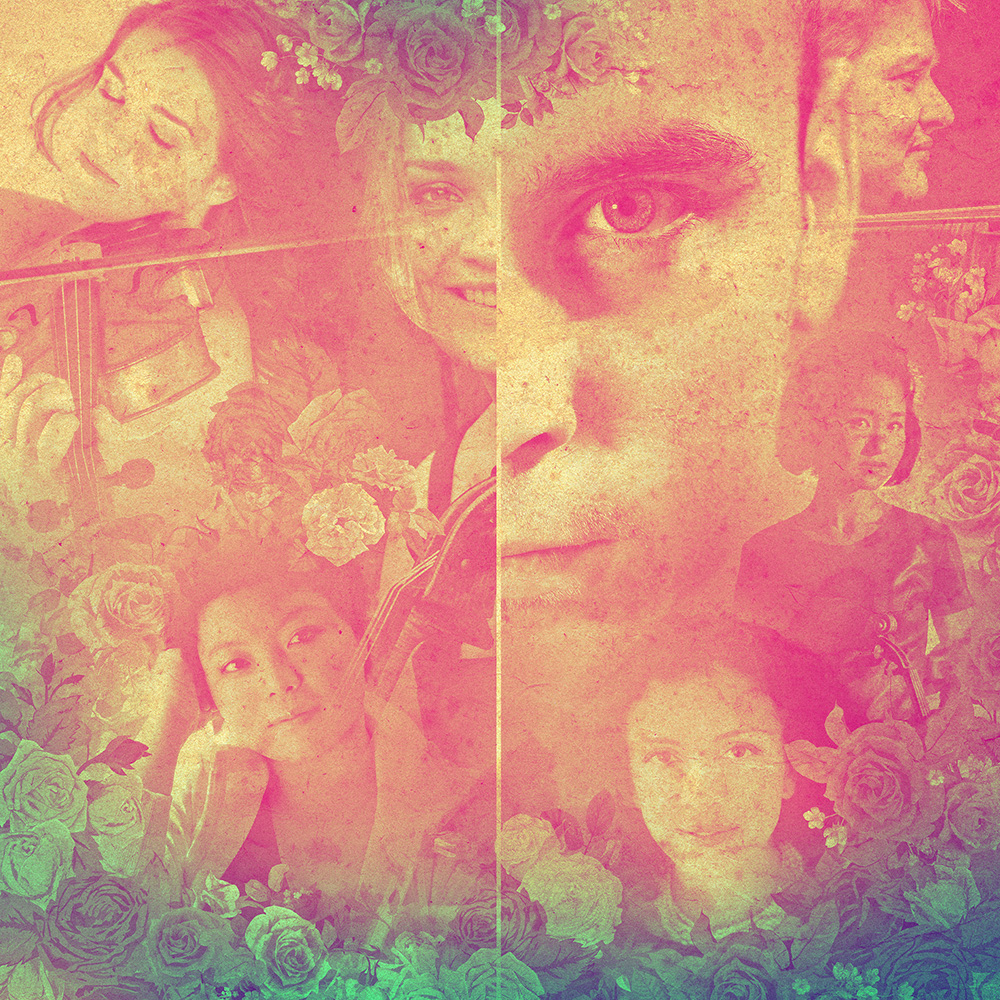 Few subjects have proven more fruitful for artists of all kinds than the bittersweet pleasure of forbidden love. The three works in this concert are all believed to contain hidden messages of forbidden longing, secret desires and unfulfilled dreams, some of which are still being deciphered by musicologists. 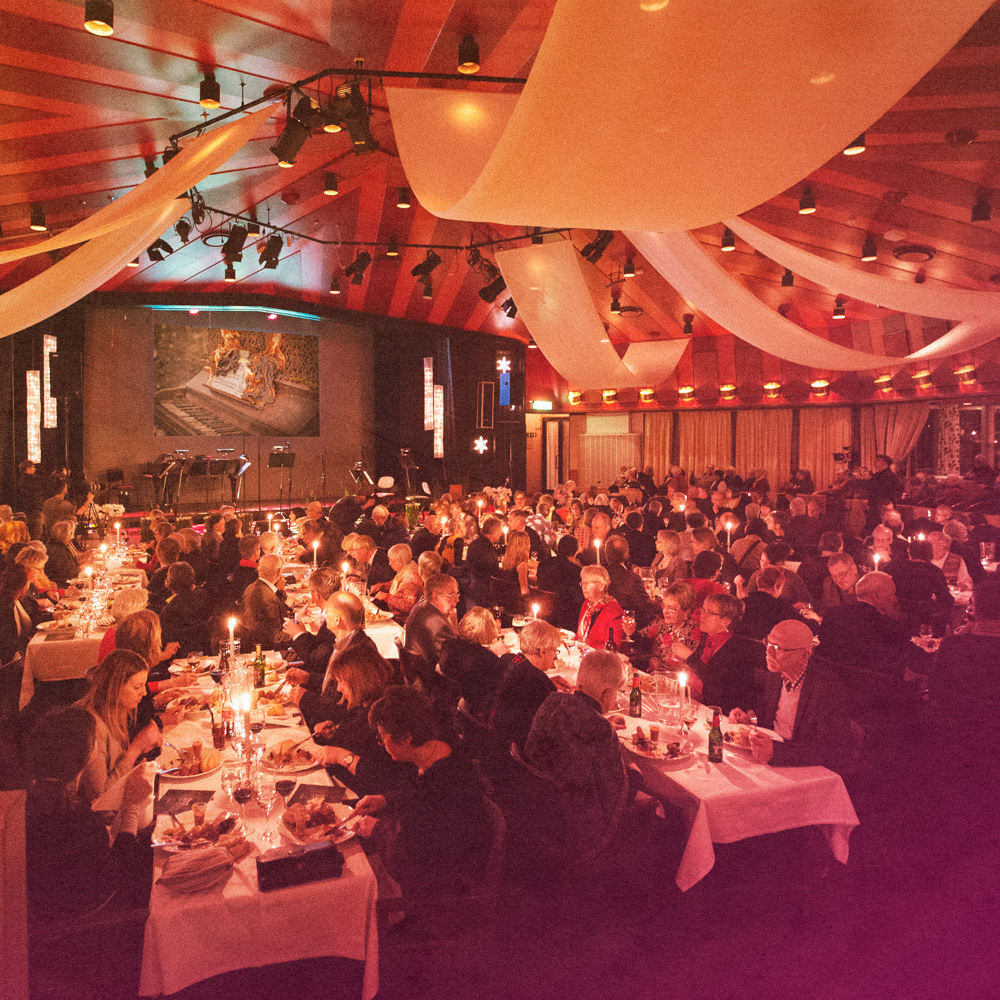 An informal evening concert without a fixed programme – a chance to get to know the festival artists and the music they love. Spontaneous musical fun in a relaxed atmosphere.

With Víkingur Ólafsson and the Vinterfest artists.

Malin the Pirate
– Raider of the Musical Treasure 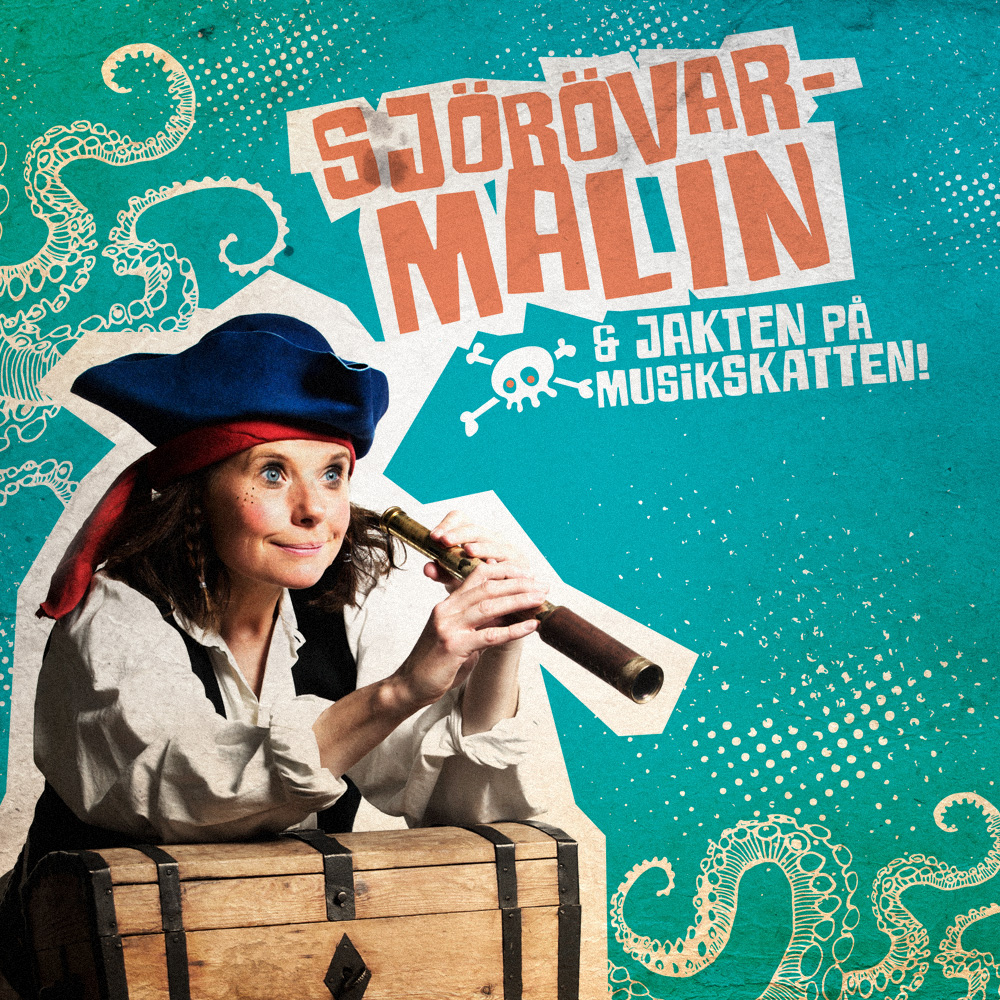 Who am I, and whom I want to be? Malin is a girl who frees herself from all demands of the adult world and throws herself out on an adventurous quest for treasures – a quest for joy and music. Helping her on the quest is the whole orchestra of Dalasinfoniettan! Welcome to a family feast full of classical music, laughter and thrilling excitement.

Recommended age: from 4 years.
In Swedish

With Caroline Rendahl as Malin, Dalasinfoniettan as the orchestra, David Lundblad as the conductor. Directed by Malin Blom

Admittance: 50 SEK for all.
Duration: 50 minutes 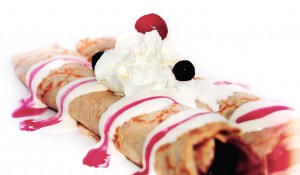 After the concert is finished, you can indulge in pancakes at Moraparken! 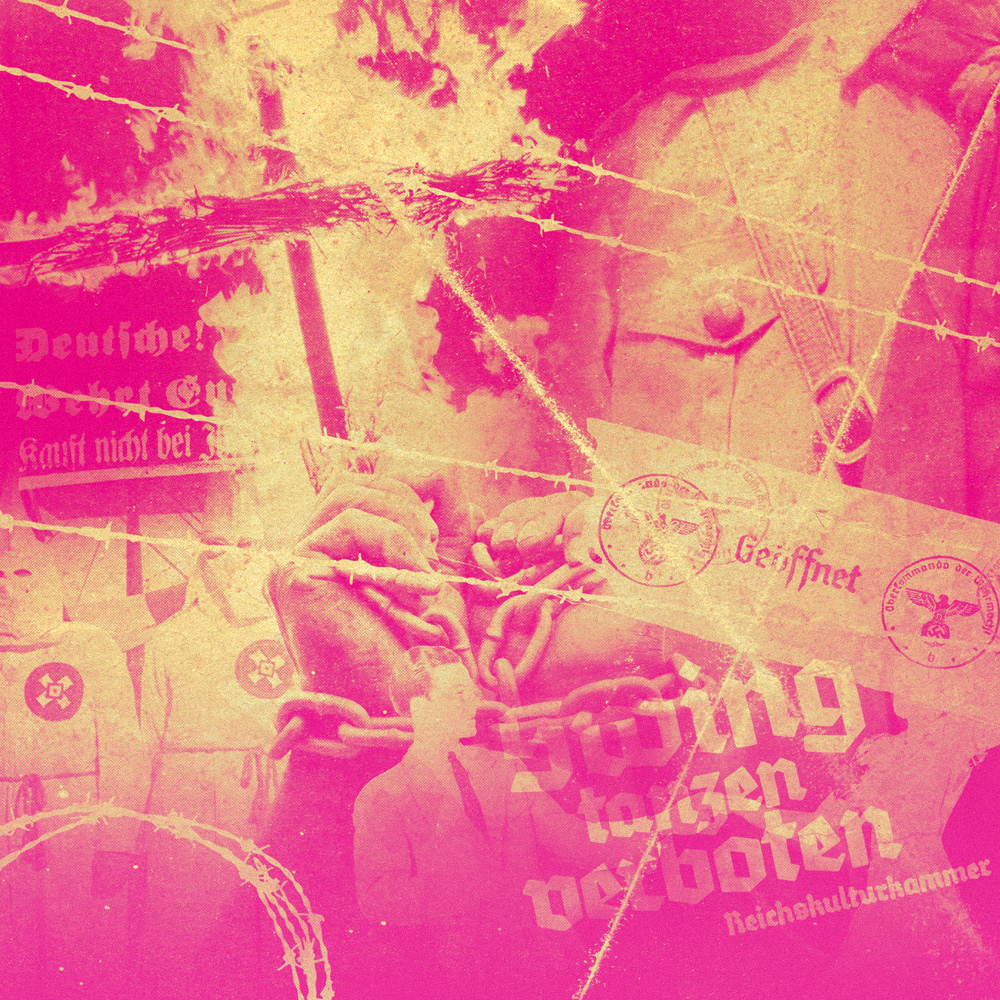 ‘Swingjugend’ was the name given to groups of swing and jazz-loving teenagers in Germany in the 1930’s, who opposed the increasingly oppressive National-Socialist ideology and openly mocked the Hitlerjugend. Instead, they pledged their allegiance to the British and American way of life by playing music condemned by Nazi authorities, music that was often performed by black and jewish musicians.

The highly creative Duo FriBerg presents their own take on the theme of forbidden music. The programme is an eclectic mix of the old and the new, providing a fine introduction Duo FriBerg’s special touch. Their combination of originality and virtuosity makes both familiar works and contemporary music sound wonderfully innovating – from Piazzolla’s old Buenos Aires to Tarrodi’s contemporary Sweden.

The Dalasinfoniettan Choir led by Lotta Gullberg presents a programme of spirituals, religious songs belonging to the oral tradition of African slaves in the United States of America. Lotta Gullberg is a trained classical voice pedagogue and
teacher of choral singing at the Adolf Fredrik’s Music School and Södra Latin school in Stockholm. Since 2011, conductor David Lundblad is choirmaster. 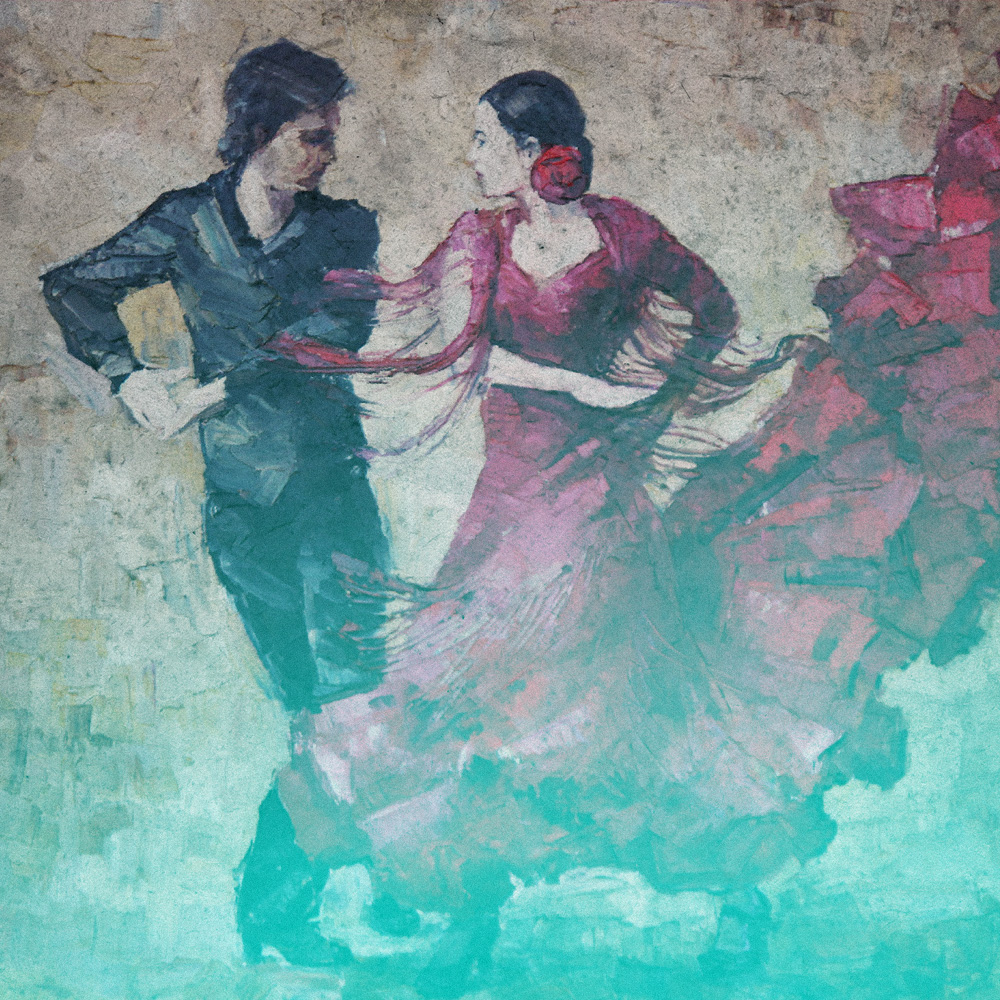 N.B. The lecture is held in Swedish!

A storytelling concert that takes you through the history of tango – from the poor immigrant suburbs and brothels of Buenos Aires, through Astor Piazzolla’s jazz and classical music influenced nuevo tango – with its more advanced harmonic dissonance and composition form – to the established orchestras and European concert halls. Meet Three for Tango’s Åsa Sundstedt, accordion player and cantor of the Orsa parish, Anders Jakobsson and Jan-Anders Ernlund from Dalasinfoniettan. N.B. The lecture is held in Swedish!

The Poet and the Tsar 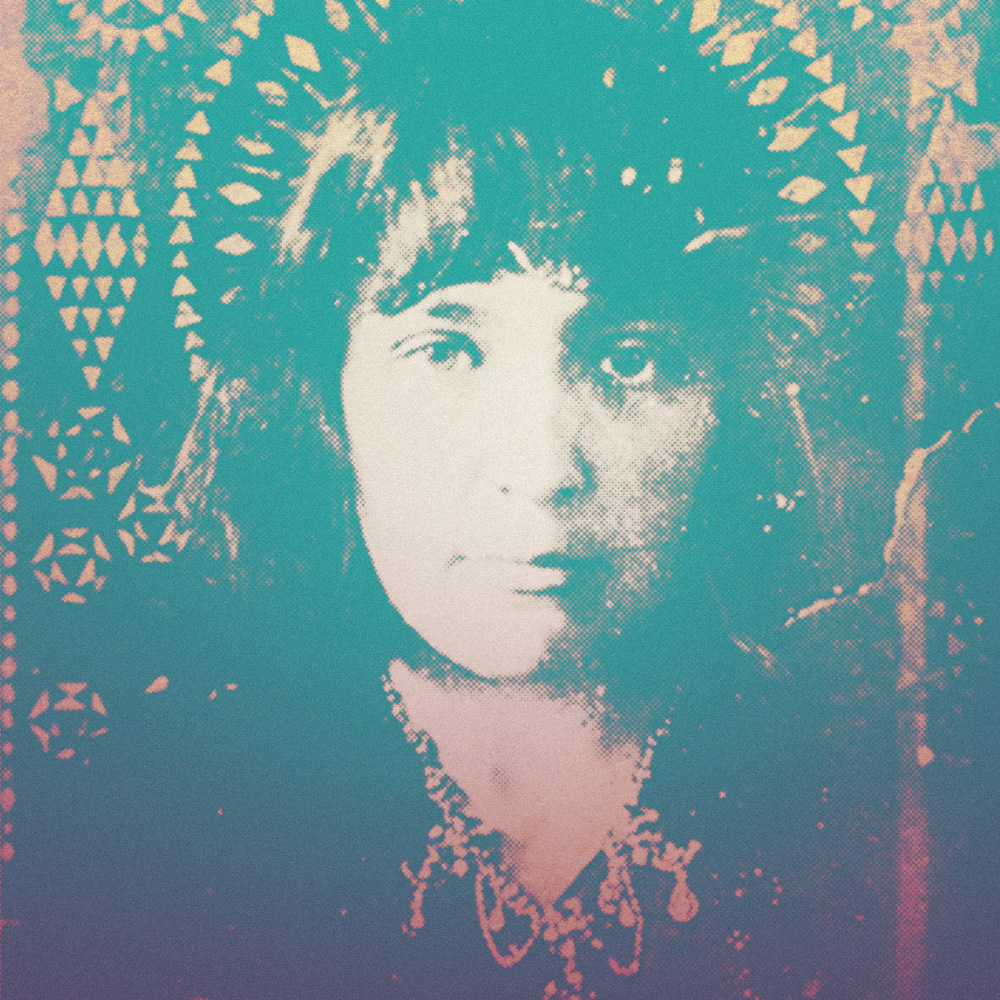 Exploring further the paradoxical role of the artist under totalitarian rule, this concert takes its title from one of the poems of the beloved Russian poet-dissident Marina Tsvetaeva, set to music by Dmitri Shostakovich. The song cycle’s deep and rich contemplations are followed by the strikingly original works of György Ligeti, a composer who survived both Nazi and Soviet oppression. The final work on the programme is Shostakovich’s great Piano Quintet, the work that earned its composer the Stalin Prize. 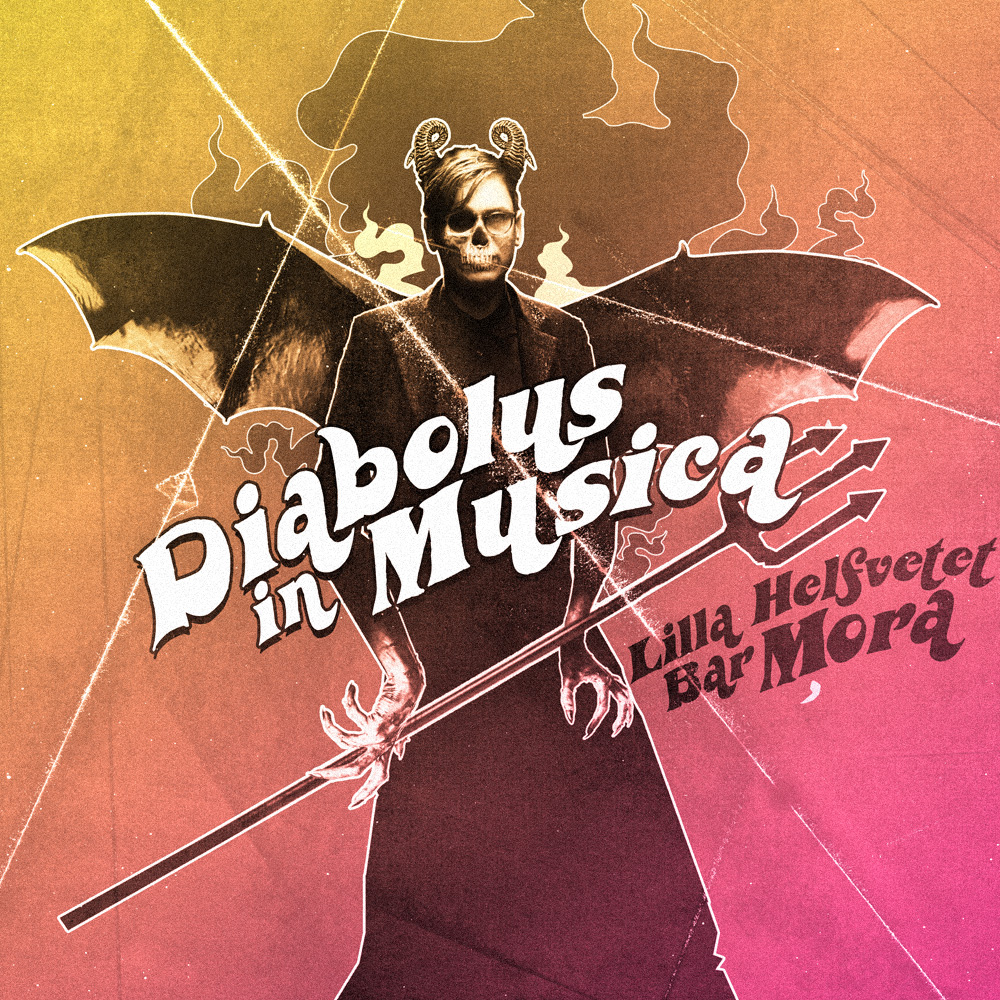 Diabolus in Musica, or The Devil in Music, was the name given to the tritone, a musical interval considered devilishly dissonant in the Western tradition. While diligently avoided in ecclesiastical singing from the middle ages onwards, the tritone’s expressive powers have proven irresistible to countless musicians. The concert opens with Sebes, the final movement from Béla Bartók’s trio Contrasts. The forbidden tritone features prominently in this fast dance, inspired by Romanian and Hungarian folk melodies. Franz Liszt’s piano sonata that follows is no less than a guided tour of Dante’s Inferno, while The Black Mass sonata is a testament to Scriabin’s dark genius. Finally, Daniel Bjarnason’s Bow to String is a demonic tour de force for multi-tracked cello, written for Sæunn Þorsteinsdóttir.

Admission: 150 SEK, 20 years of age. Standing audience.
Duration: 1 hour without intermission. The bar opens at 21 pm. Service before, during and after the concert. An opportunity to mingle with the Vinterfest artists! 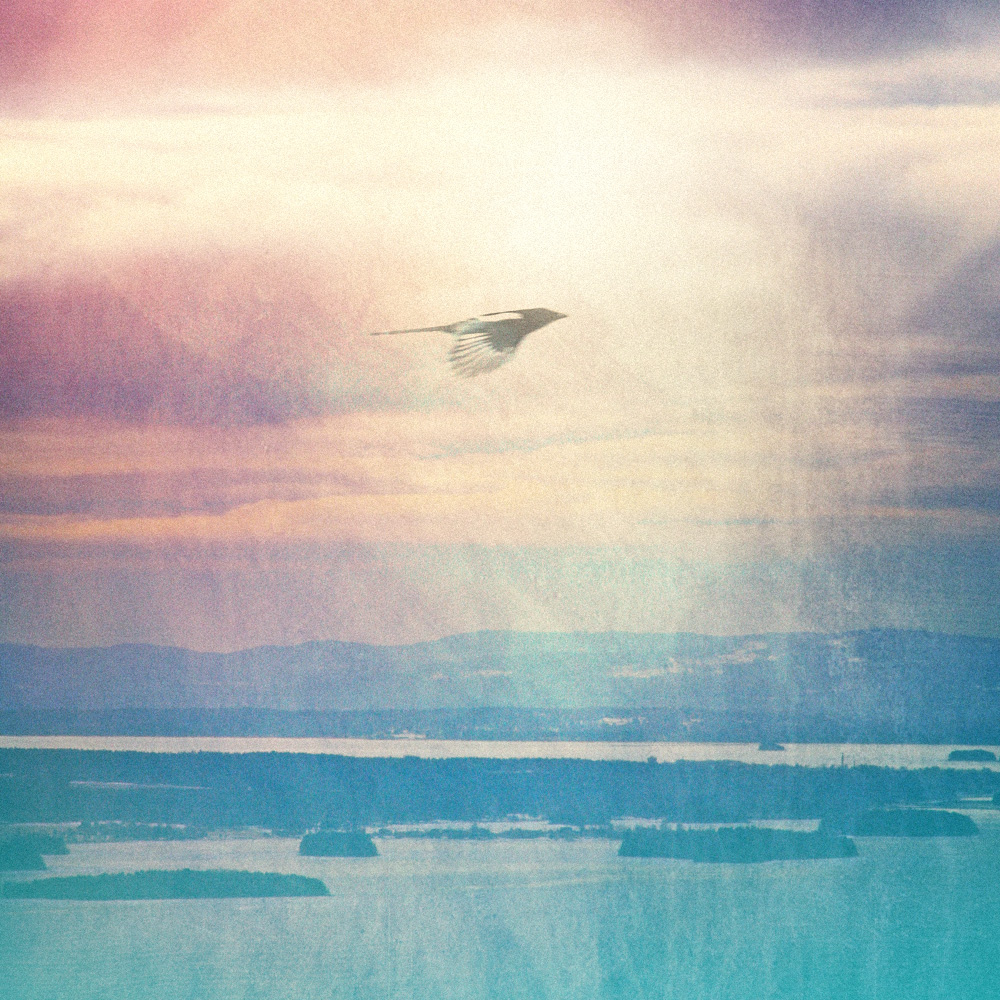 Embrace an atmosphere of pre-flight excitement in a concert inspired by Frankfurt Airport, a place where influences from all over the world come together in the highly organised chaos that characterises modern times. Two brilliant musicians, violinist/violist Yura Lee and cellist Jakob Koranyi bring together their extraordinary talents to devise a programme that is sure to surprise and delight.

The programme will be announced by the artists from the stage. Music by Bach and Ravel, and more. 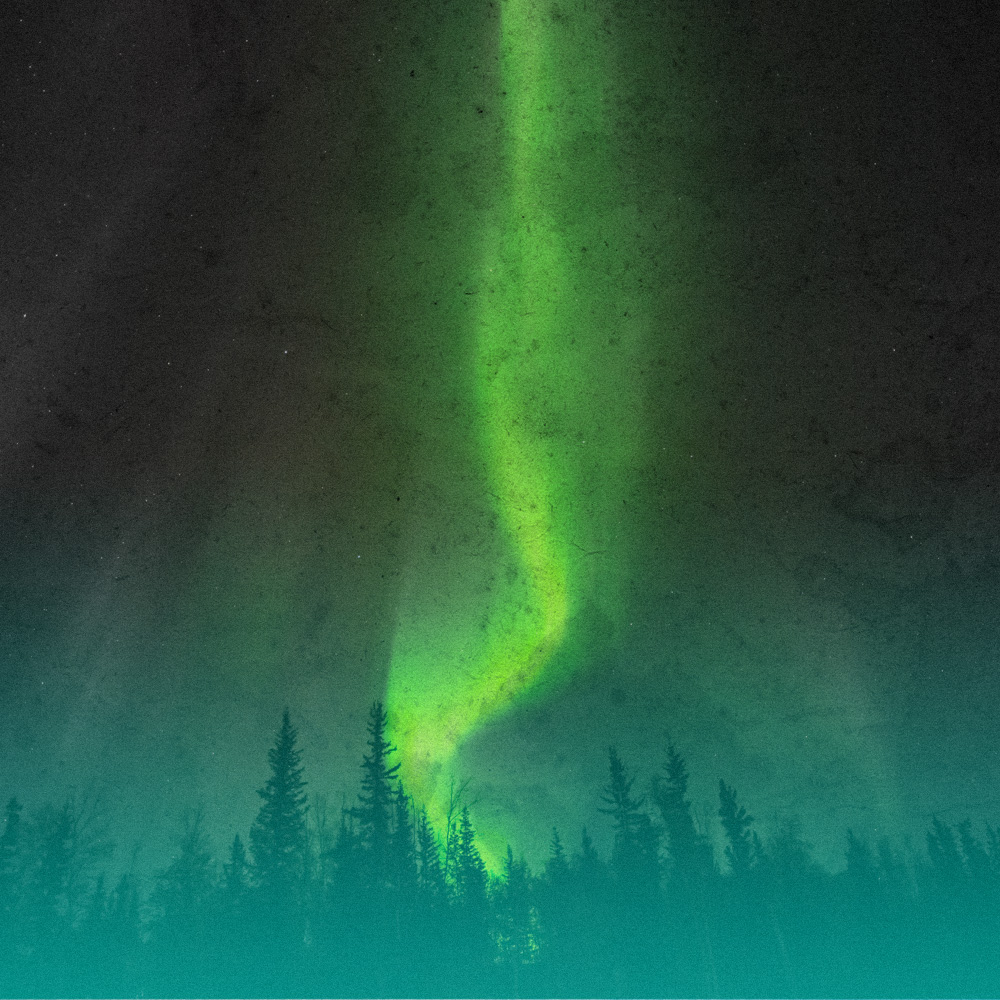 Taking its title from Igor Stravinsky’s famously explosive ballet at the end of the programme, this programme starts with a sonata for viola and harpsichord by Johann Sebastian Bach – who also had a revolutionary side. In Jardin Secret II, Kaija Saariaho effortlessly melts acoustic and electronic sounds into a mesmerising whole. Steve Reich’s Piano Phase is a minimalist classic that still retains its power to shock. 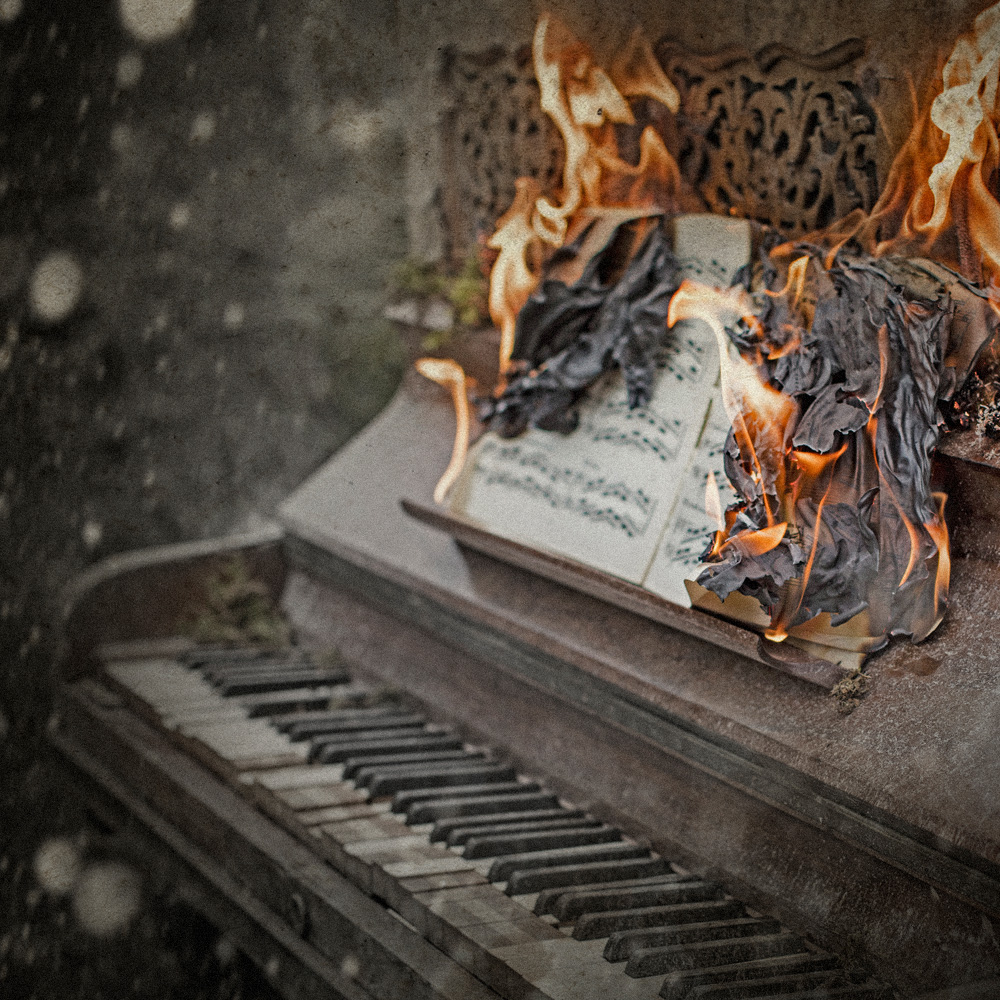 The final concert of Vinterfest 2017 is a celebration of great music that transcends political ideology and survives all its cruel caprices. Mendelsohns’ Midsummer Night’s Dream Overture possesses a truly fantastical atmosphere, while his violin concerto is work of lyrical genius, regarded as one of the greatest violin concertos of all time. A piano transcription of Wagner’s Liebestod echoes one of the greatest stories of forbidden love ever – that of Tristan and Isolde. Finally, the Wesendonck-Lieder are a sublime work of art, inspired by the exiled composer’s own forbidden love, his love for Mathilde Wesendonck.